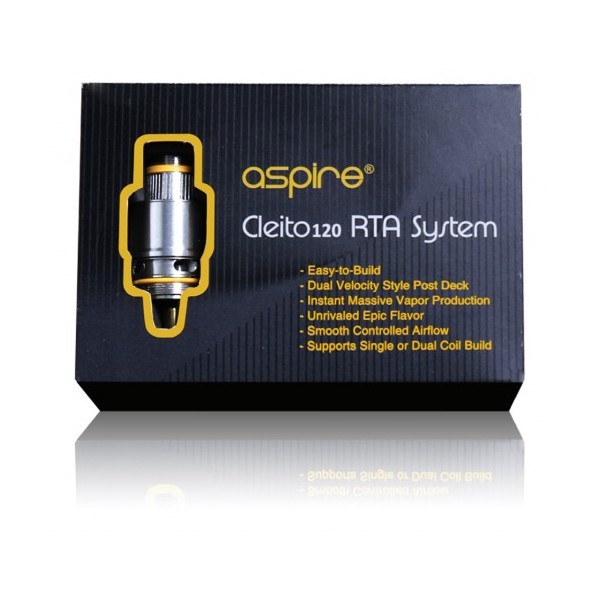 coil build adapter. Whether dual coil or single coil build, the Cleito 120 RTA satisfies all RTA builder’s preferences. Lastly, as with all RTA’s the DIY

aspect of the Cleito 120 RTA allows you to tweak coil builds to realize optimized flavor results. If you love your Cleito 120 tank, you will love the

16 other products in the same category: